Fördärv - The Echo of Emptiness 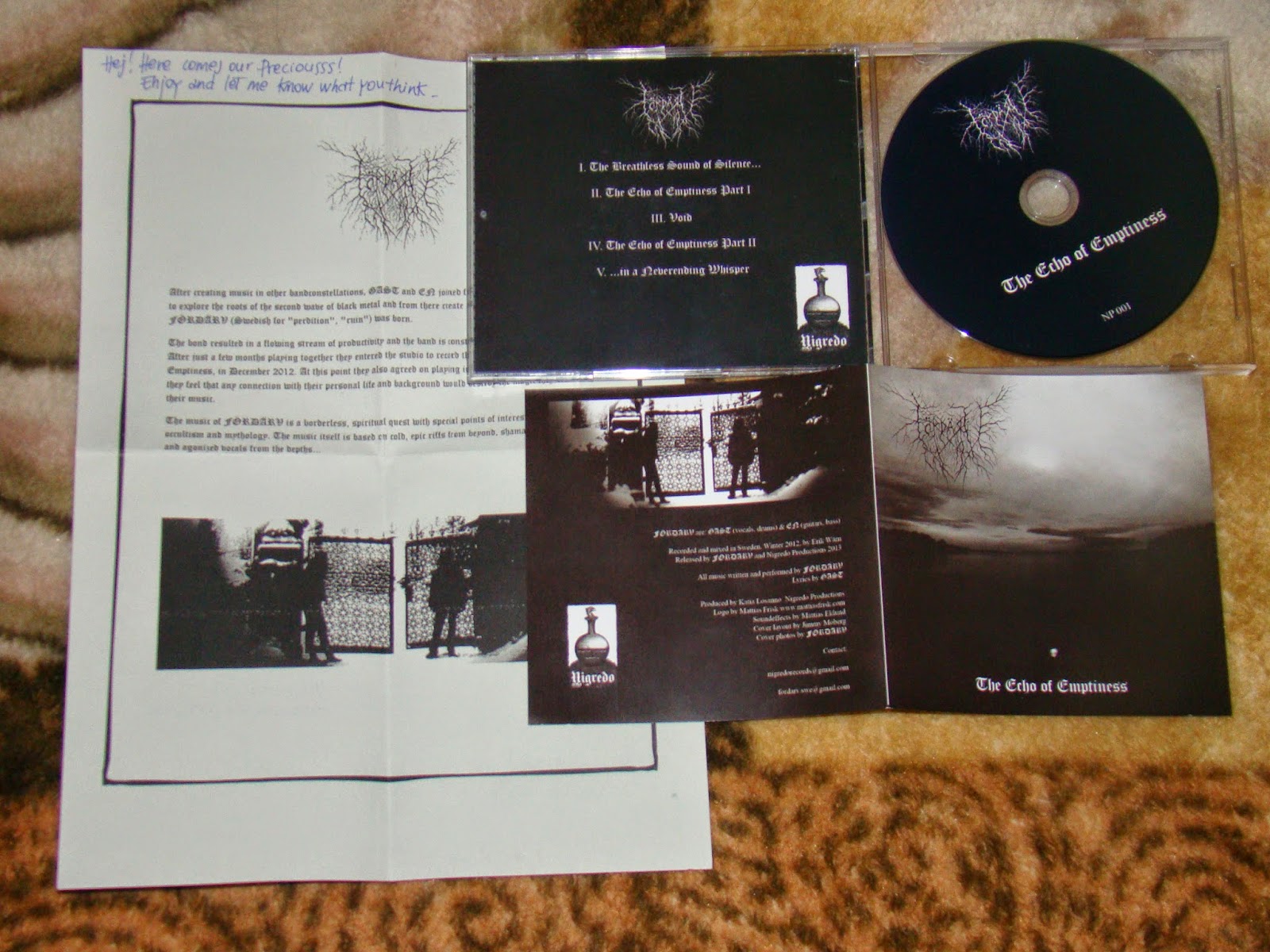 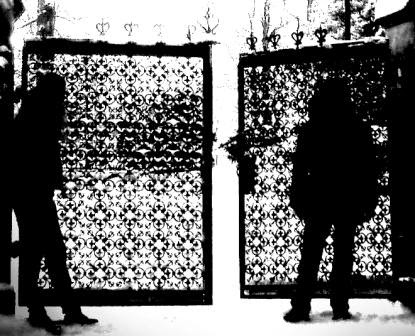 FORDARV - The Echo of Emptiness (NIGREDO - CD 2014)
Here we have two debuts, which I would like to present and recommend to you all. A newly formed Nigredo Records is unleashing their first CD, which is also a debut of Fördärv, a black metal duo hailing from Sweden. The band is quite anonymous, as “any connection to their personal lives would destroy the magic they create in the music”… I don’t really care about that matter. If the music is good and brings the right feeling, then there’s no need to create such artificial anonymousness. The music always speaks for itself. And yes, definitely I can admit that “The Echo of Emptiness” is an awesome release and a truly worthy piece of music.
Musically Fördärv pays the great tribute to the classic Scandinavian, mainly Norwegian, black metal scene. When the first seconds of “The Breathless Sound of Silence…” resound, you just know what bands have influenced Fördärv. The guitar tone for example, along with that sorrowful, melancholic riff / atmosphere sounds totally like the classic Burzum. And I personally got hooked by it instantly. The second song “The Echo of Emptiness Part I” kicks off with faster, harsher take on the classic black metal and you start thinking of other classical bands… Darkthrone obviously will come first, but no way it is an accusation, as Fördärv managed to get everything right, composed an excellent song and touched the essence, the proper cold, eerie and obscure feeling of black metal. That is even more noticeable in “The Echo of Emptiness Part II”, which sounds just like a song taken from “Transilvanian Hunger” or “Panzerfaust”. Ha, I dare to say that one of the main riffs of this song (the second one, to be more precise) may even sound too close to one particular Darkthrone track… Anyway, the result is truly damn good; I love how this song starts, it’s just a killer, classic black metal!!!! Fördärv do not rediscover the genre, but they use their influences in the proper way! I especially liked the opening and finishing songs and the second of “The Echo of Emptiness” songs.
The whole album is built quite untypically. Three of the five songs are instrumentals – they are the first, third and fifth tracks… and the two remaining tracks are both titled “The Echo of Emptiness Part I / II”, so in the end I think that Fördärv created sort of a concept on this MCD. They definitely did pay a lot of attention on creating the specific atmosphere and feeling in their music and surely have succeeded. I have no doubts that we’ll hear something great from Fördärv in the future and the band will be a total must for all die hard maniacs of the classic Norwegian black metal. I can’t wait to hear their debut full length, which is planned to be released by Katia’s Nigredo later in 2014.